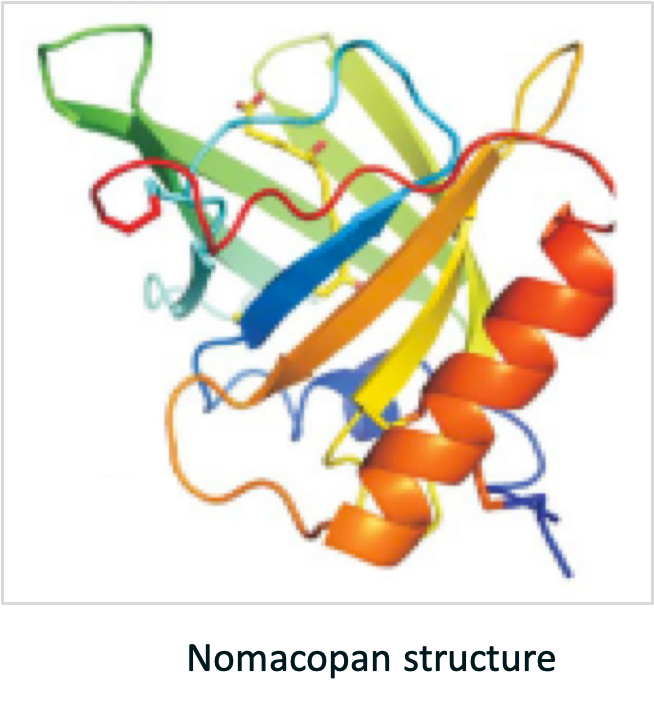 Nomacopan is a second-generation complement inhibitor which acts on complement component-C5, preventing release of C5a and formation of C5b–9 (also known as the membrane attack complex, or MAC), and independently also inhibits leukotriene B4, or LTB4, activity, both elements that are co-located as part of the immune/inflammatory response.

Nomacopan is a recombinant small protein (16,740 Da) derived from a protein originally discovered in the saliva of the Ornithodoros moubata tick, where it modulates the host immune system to allow the parasite to feed without alerting the host to its presence or provoking an immune response.

Additionally, nomacopan’s biophysical properties allow it to be used in a variety of formulations, including subcutaneous, intravenous, topical, and inhaled routes of administration.